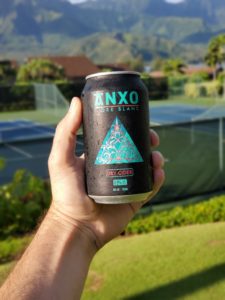 ANXO was founded in 2016 by restaurant veterans Sam Fitz, Rachel Fitz, and Cooper Sheehan when they realized the unexplored opportunities in cider while attending a number of cideries across the globe. In August 2018, ANXO Cider was launched as its own entity, ramping up production of its popular ciders and selling cans into bars, restaurants, and liquor stores. ANXO’s apples are purchased directly from farmers, fermented dry in Washington, DC with wine and native yeasts, and packaged for the modern world. Made with only apples, ANXO ciders don’t have any additives or adjuncts, making them naturally sugar-free, gluten-free, and low carb, and allowing them to taste like the apples they feature.